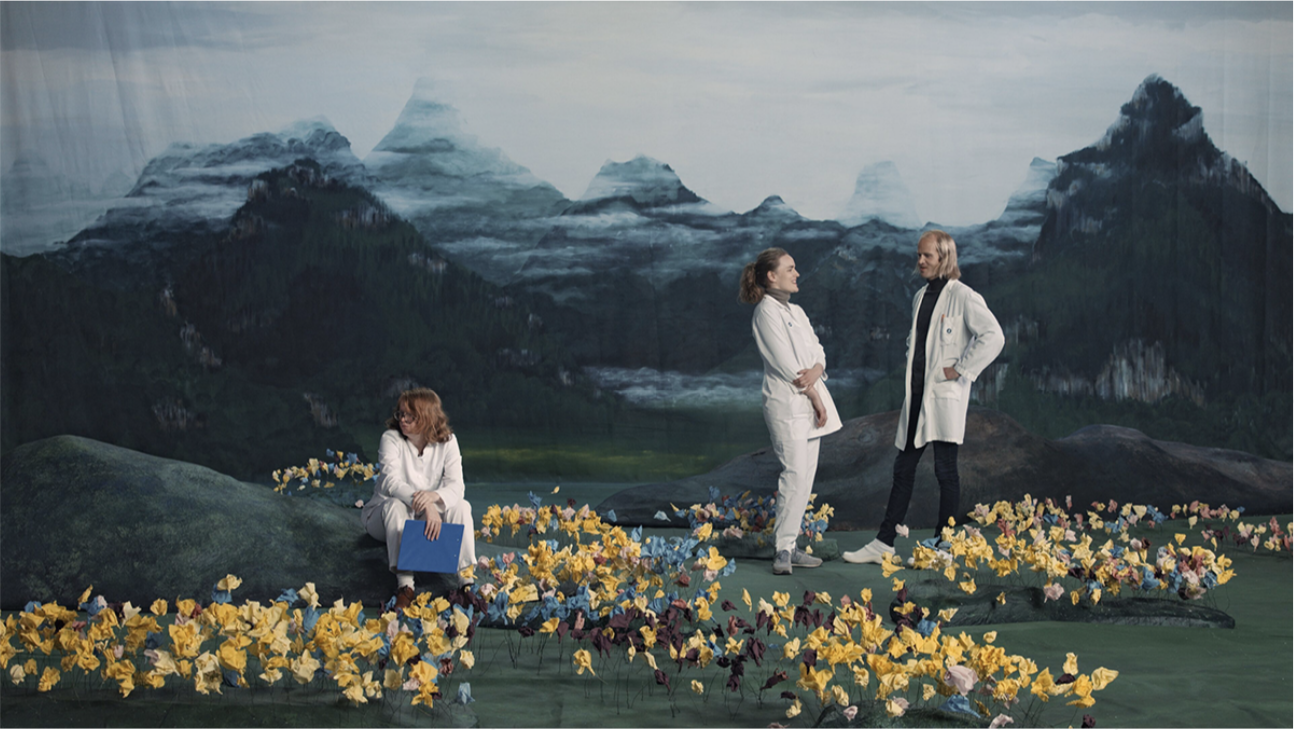 Ragnar Kjartansson is recognized as one of the most prominent performance and video artists of his generation. Deeply influenced by the pathos and humor of classical theater, he uses durational, repetitive performance to harness collective emotion. Figures in Landscape, Kjartansson says, has “no narrative, nothing happens, simply the movement of people in white lab coats walking around in the landscape.” He created the piece as “a nod to heroic murals of science and prosperity with a modern, mundane twist.”

The video installation consists of seven distinct 24-hour scenes for each day of the week. Each silent, single channel segment is filmed on a set hand-painted as an archetypal landscape of forest, desert, barren mountains, beach, jungle, snow-covered mountains or meadow.