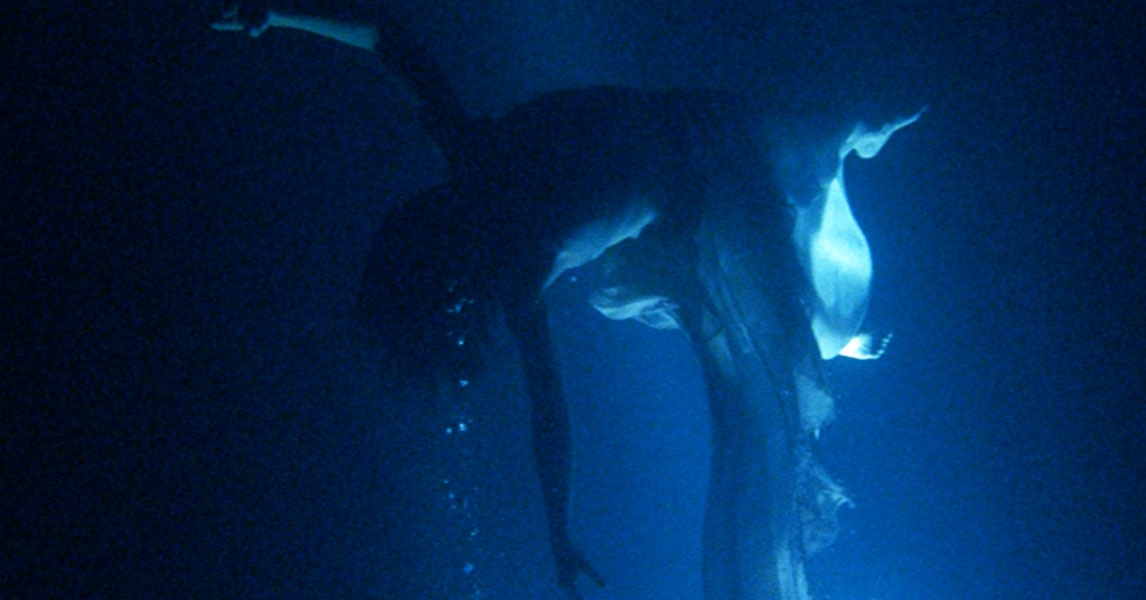 Isolde’s Ascension
(The Shape of Light in Space After Death), 2005
Single channel video

The calm mystery of a floating world, illuminated only by a beam of light, is interrupted by the presence of a woman’s body, liberated from any trace of earthly weight. As if attracted to another dimension, the body rises, leaving behind a luminous wake, similar to the appearance of a new constellation. Isolde’s Ascension (The Shape of Light in Space After Death) is one of the works created within Love/Death: the Tristan Project, a series conceived by Viola in relation to Richard Wagner’s Tristan and Isolde.

The video shows Isolde’s path in her quest to reunite with her beloved through death. The image bears traces of the iconography of The Assumption of the Virgin, a painting by Titian in Santa Maria Gloriosa dei Frari in Venice, which made an impression on Wagner during the time he was composing his opera.

Viola is internationally recognized as one of today’s leading artists. He has been instrumental in establishing video as a vital form of contemporary art, and by doing so has greatly expanded its scope in terms of technology, content and historical reach. His works focus on universal human experiences—birth, death, the unfolding of consciousness—and have roots in both Eastern and Western art as well as spiritual traditions, including Zen Buddhism, Islamic Sufism and Christian mysticism.