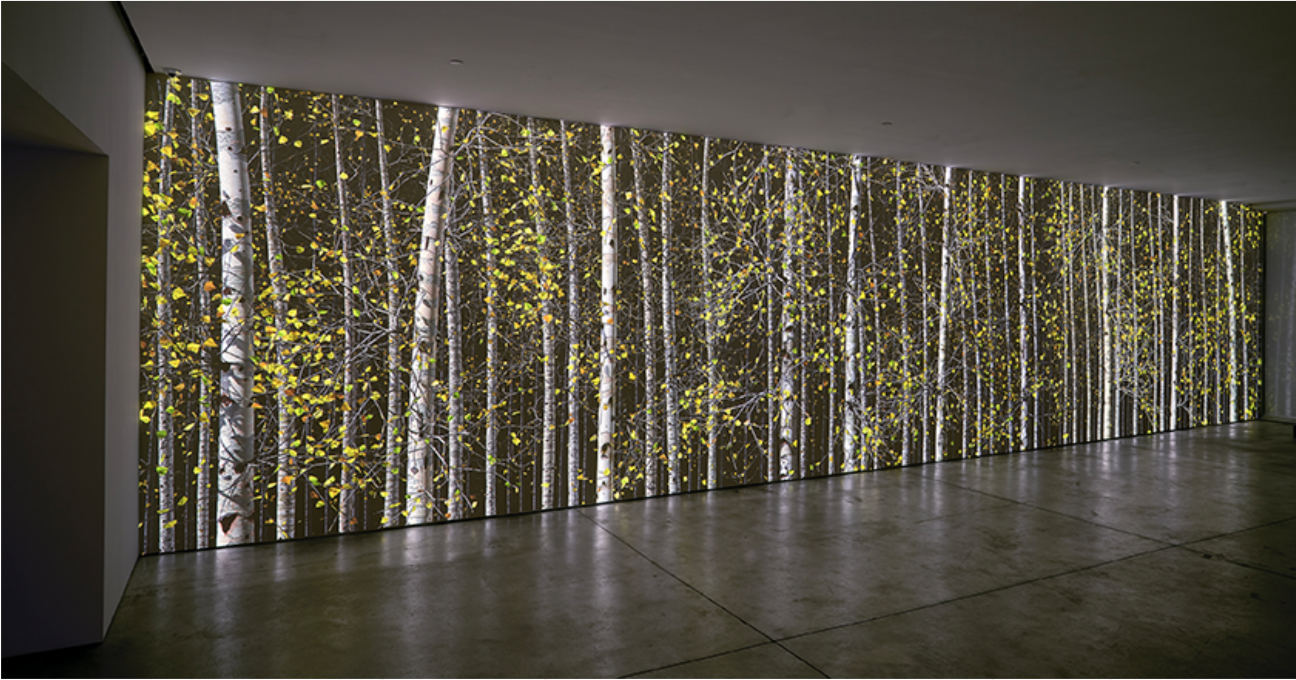 This panoramic project depicts a monocular frontal view of a dense forest of birch trees. The title references what it is like to see with one eye closed and the characteristic optical echoes that are left behind as leaves fall from trees.

Stylistically, Blind Eye 3 pays homage to the singular visions of art masters Gustav Klimt and Vincent Van Gogh. Steinkamp draws inspiration from the precisely detailed bark seen in Klimt’s birch tree series, as well as in the flexible, “bendy” trees found in one of Van Gogh’s last paintings. But Blind Eye 3, like all her work, is more about metaphorical narrative than naturalistic representation.

While the allusion to the changing seasons is clear, the mesmerizing mobile narrative that emerges in Blind Eye 3 exists outside linear storytelling, in a continuous moment. “When I deal with narrative,” the Minnesota-born artist says, “I don’t have a beginning, a middle or end. It’s more of a continuation. Often, the beginning, middle and end can be likened to birth, life, death. But I seem to always leave out the death part.”